What could make you throw a tea bag into the Boston Harbor?  Or perhaps many tea bags.  Enough to start a revolution? 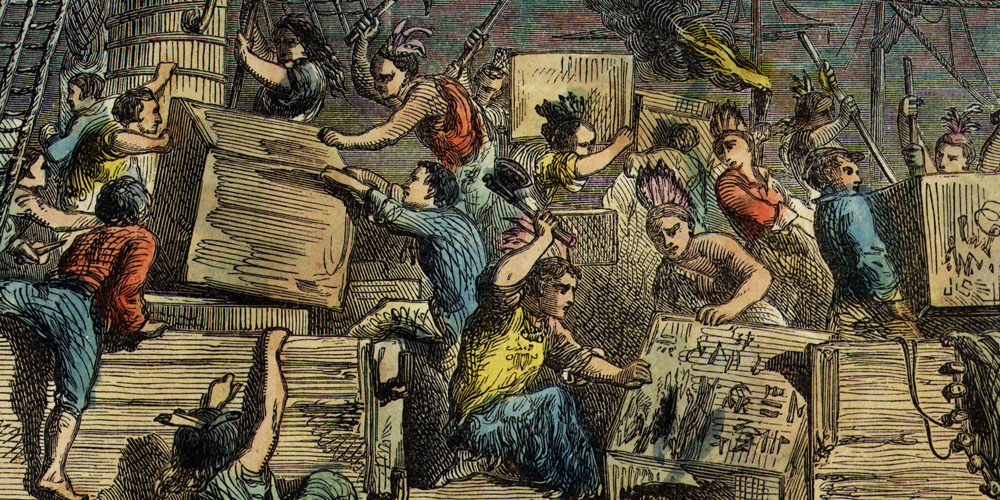 Centuries ago, taxation without representation contributed to launching history in a direction few saw coming.

England imposed a heavy tax burden on the colonizers of what was considered the new land.  This tax burden was enacted without any representatives from the colonies being able to speak into the extent of the taxation.

The English government thought the taxes were fair, given all of the support the government had given the colonizers.

In a healthy relationship, though, the parties involved communicate.  They listen to each other.  People who are impacted by the decisions of others should have a seat at the table.

That’s why taxation without representation caused an uproar.

Today, something similar is happening.  In your backyard.  We believe it can be addressed without violence.  But not without uniting our voices.

ETJ zones are “the legal ability of a government to exercise authority beyond its normal boundaries.”

If you own property in an unincorporated town in Texas, the neighboring municipality can impose regulations on your property – that you have no say over.  No vote in.

Municipalities in Texas have been imposing regulations without representation since 1963.  This impacts business owners, land developers, families, people – you.

ETJ zones can even regulate your ability to put a billboard on your property to help fund your children’s college education.

Texas City Limits Amplifies the Voice of the People

All is not lost, though. Steps can be taken to right these wrongs. We know because we’ve been walking this path for some time.  And inviting others, like you, to walk with all of us.

To be clear, we aren’t against all regulations.  Some regulations are necessary when you live in a community, and your actions impact others.

The stated goals of ETJ zones are reasonable.  The government created ETJ zones “to promote and protect the general health, safety, and welfare of persons residing in and adjacent to the municipalities.”

We can all get behind that, can’t we?

That’s why there are state and federal regulations that cover unincorporated areas.

Who gets to decide what an issue of general health is?  Why should legislators in Houston determine what constitutes the general welfare of citizens who live five miles outside of Houston’s city limits? 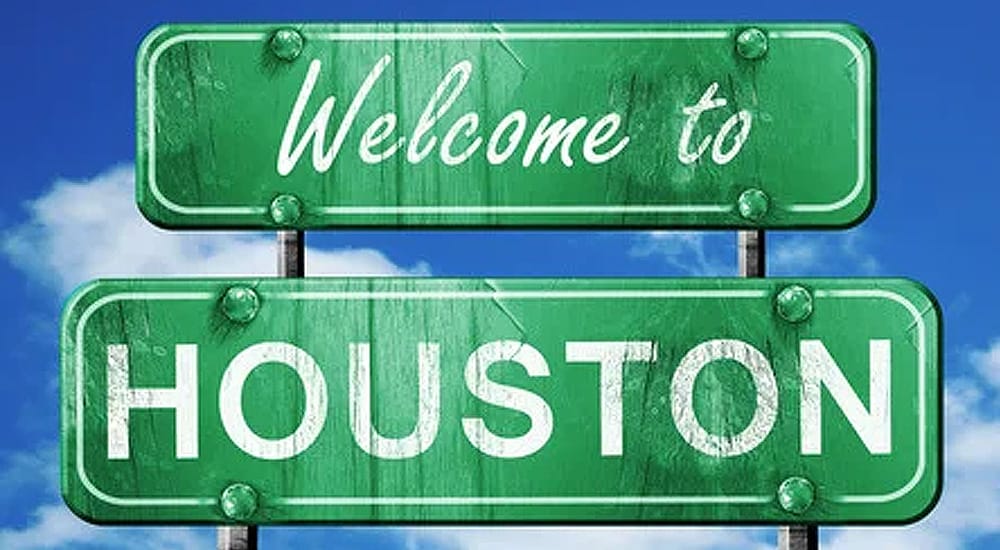 One category municipalities can regulate is “nuisances.”  Do you know what qualifies as a nuisance?  Did you know that those who own property in an unincorporated area of Texas can have fines imposed on them for nuisances on their property?

As the law currently stands, those property owners cannot vote on what qualifies as a nuisance and how they ought to be regulated.

Does that seem just to you?  It doesn’t to us either.  We’re not alone.  People are coming together who see this injustice for what it is and are demanding reform.

We’re demanding reform from government officials who are imposing regulations without asking for the opinion of the residents.

As Americans, we aren’t opposed to the rule of law or the necessity of regulations.  We simply believe that we ought to be governed by the people. 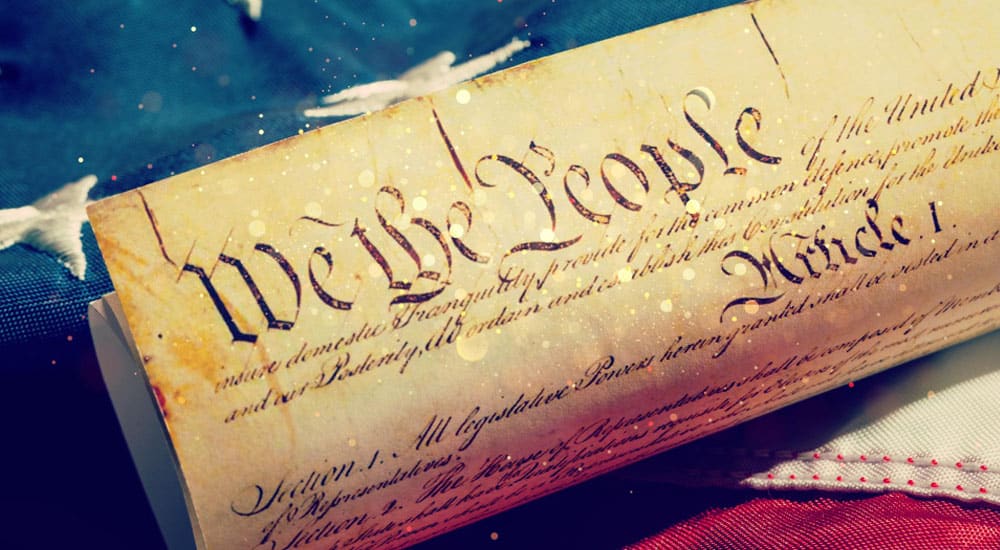 “We the People of the United States, in order to form a more perfect Union, establish Justice, insure domestic Tranquility, provide for the common defense, promote the general Welfare, and secure the Blessings of Liberty to ourselves and our Posterity, do ordain and establish this Constitution for the United States of America.”

Beautiful words written by brilliant men.  You should be able to enjoy the freedoms many gave their lives to secure.  We should all be able to participate in the governance of the property we rightfully own.

No one should be caught off guard by how the government is allowed to regulate their property.  And no one should feel alone when demanding that their constitutional rights are upheld.

The Boston Tea Party didn’t happen on impulse.  No one acted alone.  It was a coordinated effort to send a message that unjust taxation won’t be tolerated.

John Hancock organized the protest while Samuel Adams and the Sons of Liberty executed the plan.  However, most of the names of the people involved have been lost to history.

But their legacy is not.

Unjust regulation without representation ought not to be tolerated either.  We can learn from the past.  We can organize.  Peacefully.  Strategically.  Legally.

You can be a part of a movement that affects change and implements reform.

Texas City Limits Coalition has created a platform for Texans to let their voice be heard.  You don’t have to own land or live in an ETJ zone to see this injustice and advocate for reform.

We are hosting events to spread the word.

We have social media channels to make getting the word out as easy as tapping on a screen.

When we raise our voices together, our impact will be amplified.  Government officials will have to listen.  They will be reminded that we are a republic.

We, the people, govern ourselves under the authority of the constitution through the representation of officials that we vote for.

This is your moment.  We may not know all of the names of the people involved in the Boston Tea Party.  But their impact has been felt for generations.

Yours can too.  Future generations can have a more significant opportunity to utilize their land in a responsible way that is profitable for them – without the restrictions of burdensome regulations.

With your involvement in this movement, your neighbors, even those a country mile away, can maximize their resources to achieve the life they dream of.

If you stand together with us now, we can stop unjust regulation – without violence or vandalism.

Let’s stop this injustice before it can grow any further.  Too many people have already had their dreams stolen.  Don’t let your family lose theirs.

The old Texas prairie can be your Boston Harbor.  The Texas City Limits Coalition can be the Sons of Freedom.  ETJ zones can be reformed like the Stamp Act.

And you can leave a legacy.

Are you ready to take action and leave a legacy?  Here are a few impactful and straightforward steps you can take right now.

3. Third, continue to educate yourself.

We’re actively compiling a list of resources to help Texans understand their rights as property owners – and what threatens those rights.

With our support, your voice can be heard in city hall.  You can leave a legacy.

We won’t rest until ETJ zones have been reformed and landowners in Texas have the right to vote on the regulations that impact their land.