The sun begins to rise.  The birds start singing.  A new day dawns.  What are you hoping for?  Worried about?

Imagine that you wake up, take your first sip of coffee, open your curtains – and see a sign in your yard demanding you clean up your lawn?!

That’s what happened to these neighbors.  They found a sign in their neighbor’s yard begging them to do something about all the dandelions. 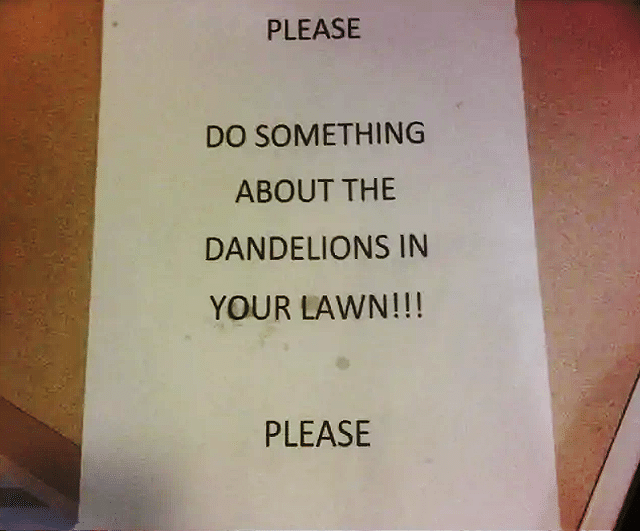 So what did they do? 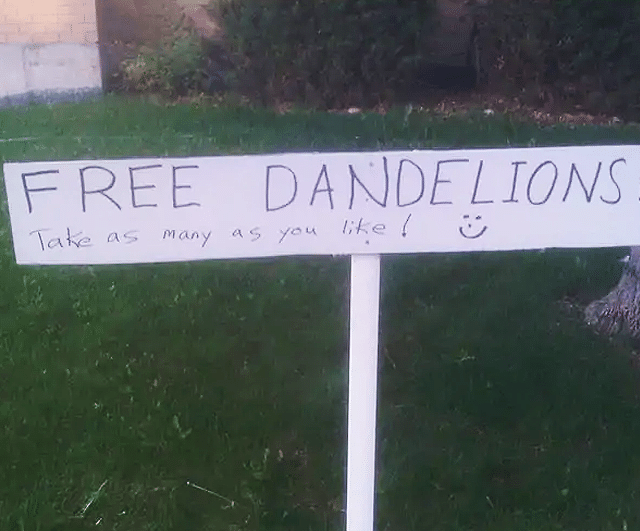 Dandelions are a nuisance, a weed that spreads every time the wind blows.  So you can understand people wanting their neighbors to get rid of the weeds.

That’s why in some neighborhoods, homeowners make agreements about issues that impact everyone.  If you buy a house in an area where residents have agreed-upon regulations, that information must be disclosed.  Buyers have the right to know what they’re getting into.

The neighbor down the street can’t tell you how many cars you can have in your driveway.

You have a right to utilize your property as you see fit.

Your next-door neighbor can’t set up their picnic table in your backyard and claim it as their own.

You have a right to defend your property. 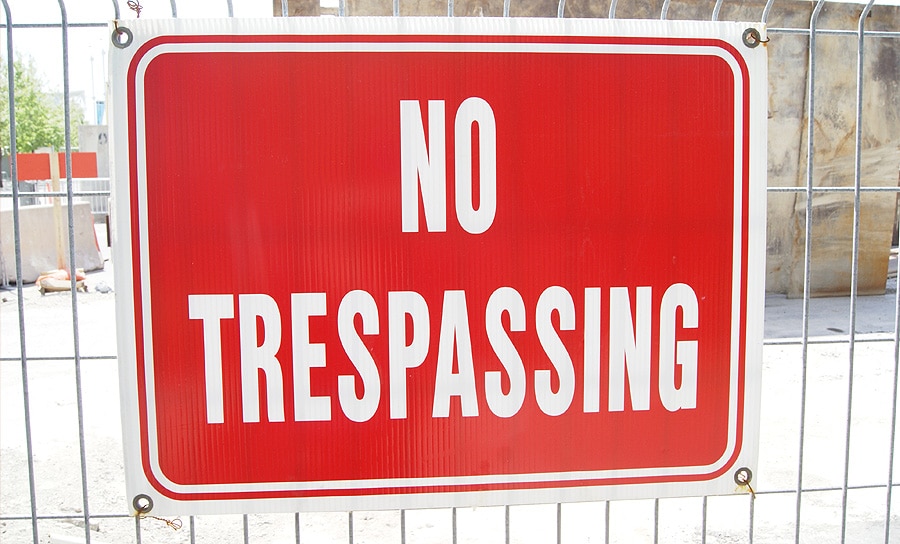 What Can the Government do with Your Property?

So why can the government intrude on your property in ways your neighbors can’t?  If you live in an Extra-Territorial Jurisdiciton (ETJ) zone, this is your situation.

The government in the municipality next door can – and does – impose regulations on your property.  Currently, you can’t vote on it.

Have you heard about ETJ zones?  If not, it’s high time you did.

In ETJ zones, municipalities can – and do – impose regulations on neighboring property owners.  Citizens who cannot vote on the regulations.

“the legal ability of a government to exercise authority beyond its normal boundaries.”

Suppose you own property in an unincorporated area in Texas that is within one-half to five miles of the corporate boundary of a municipality. In that case, you live in an ETJ zone.

The neighboring municipality can regulate certain aspects of what you can and can’t do with the property you own – without your ability to vote on the matter.

Further, landowners can’t vote for the representatives who determine the regulations.  They have no seat at the table.

The laws on the books shouldn’t catch anyone off guard.  Especially the laws that directly impact your rights as a landowner.

Another issue that concerns landowners is annexation.  One dictionary defines annexation as…

“a formal act whereby a state proclaims its sovereignty over territory hitherto outside its domain. Unlike cession, whereby territory is given or sold through treaty, annexation is a unilateral act made effective by actual possession and legitimized by general recognition.”

Essentially, annexation is when a municipality decides to claim more territory.  In Texas, municipalities could forcibly annex an area – without the citizen’s consent or vote – until House Bill 347 was passed.

Today, property owners in Texas have the right to vote on the annexation of their property.  That’s a big step forward for all Texans.

Unfortunately, the same is not true of ETJ zones.  We still have much ground to cover in the battle for property owners’ rights.

Let’s take a look at the difference between annexation and ETJ zones.  This will give us a better understanding of how we can affect positive change and leave a legacy for generations to come.

Here’s the big picture of how annexation differs from ETJ zones.

Texas City Limits Coalition was formed to advocate for property owners’ rights.  We believe that every Texas landowner should understand their rights and be given a platform to advocate for themselves.

John Locke heavily influenced our founding fathers, who believed that “owning property” was one of the three inalienable rights endowed to us by our Creator.  Thomas Jefferson substituted the “pursuit of happiness” but kept “life” and “liberty.”

Owning property – and being able to steward your property in the way that seems to best care for yourself, your family, and your neighbors – is foundational to the American Dream.

You don’t have to stand by and let this dream be stolen.  We’re creating a pathway forward for all Texans.  You can take action today to leave a legacy for generations to come.

We’re circulating a petition to let the legislators know they represent us.  We’ve created a website to give Texans a platform to let their voice be heard.  We have social media pages to make spreading the word as simple as a tap on a screen.

You can be part of the generation who created a movement to secure the property rights of every landowner in Texas.

You can leverage the property you own to secure a future for your family.  To protect your neighbors.  To defend democracy.

When we come together, we don’t have to be afraid of waking up to a sign in our yard – or a letter in our mailbox – imposing regulations on the property we own.

It’s your land.  Your right.  Your future.

Four Steps You Can Take Now to Reform Extra-Territorial Jurisdiction

Today is the day to take a stand and leave a legacy.  Here are four steps you can take right now:

Together we can leave a legacy and create a brighter future for our families.